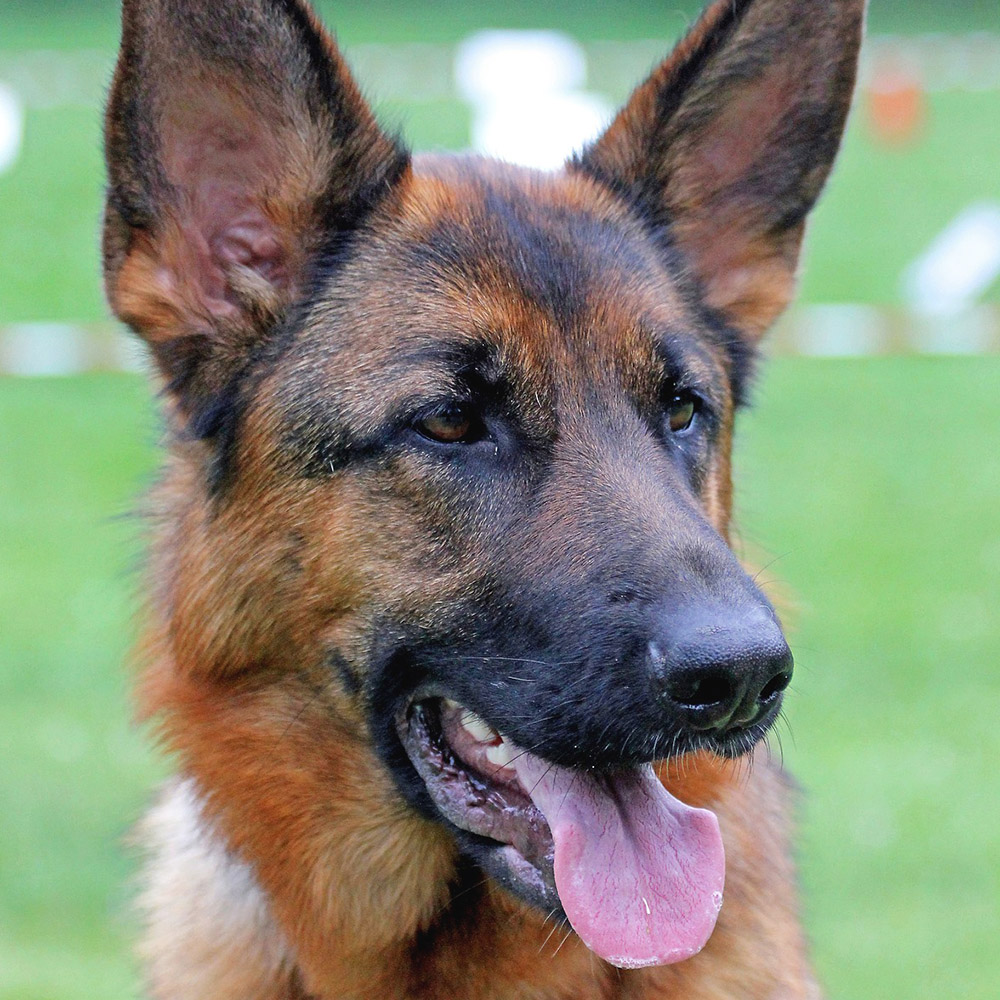 Browse over 835,000 dogs in our German Shepherd database.

As the name indicates, German Shepherds originated in Germany right around the year 1900 and are most commonly associated with being police or military dogs. While German Shepherds excel as modern day working dogs, their protective and loyal nature, good looks and trainability also make them fantastic family, competition, show, and even acting dogs as well.

You'll find a sample 5 generation German Shepherd pedigree from our database below. To learn more about the dog's lineage, click on any ancestor in the pedigree to dig deeper. Hovering your mouse over the icons will bring up photos, health, genetic and additional information such as color, unique markings and show titles. Inbred ancestors are highlighted with matching colors within pedigree charts so you can easily spot them. Each pedigree report also contains additional reports for offspring, siblings, linebreeding, inbreeding and test matings. Our knowledgebase also offers additional resources to help you read and understand pedigrees.